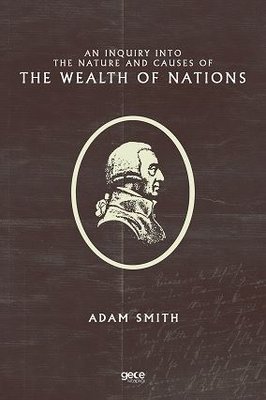 The difference of natural talents in different men, is, in reality, much less than we are aware of; and the very different genius which appears to distinguish men of different professions, when grown up to maturity, is not upon many occasions so much the cause, as the effect of the division of labour. The difference between the most dissimilar characters, between a philosopher and a common street porter, for example, seems to arise not so much from nature, as from habit, custom, and education. When they came in to the world, and for the first six or eight years of their existence, they were, perhaps, very much alike, and neither their parents nor play-fellows could perceive any remarkable difference. About that age, or soon after, they come to be employed in very different occupations. The difference of talents comes then to be taken notice of, and widens by degrees, till at last the vanity of the philosopher is willing to acknowledge scarce any resemblance.

But without the disposition to truck, barter, and exchange, every man must have procured to himself every necessary and conveniency of life which he wanted. All must have had the same duties to perform, and the same work to do, and there could have been no such difference of employment as could alone give occasion to any great difference of talents. As it is this disposition which forms that difference of talents, so remarkable among men of different professions, so it is this same disposition which renders that difference useful. Many tribes of animals, acknowledged to be all of the same species, derive from nature a much more remarkable distinction of genius, than what, antecedent to custom and education, appears to take place among men.

An Inquiry Into the Nature and Causes of the Wealth of Nations
Adam Smith
100,00 TL
İnce Kapak
Gece Kitaplığı