Anatolia: On the trail of the Hittite civilization

Anatolia: On the trail of the Hittite civilization 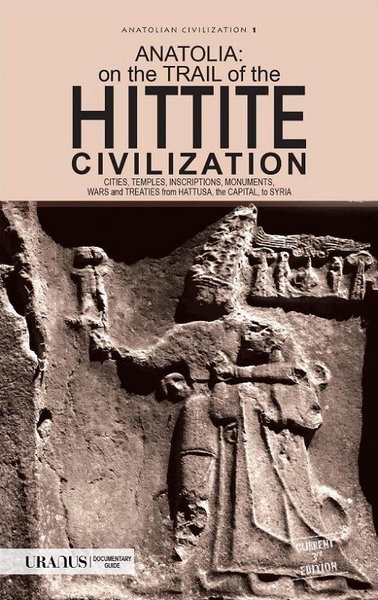 Anatolia: On the trail of the Hittite civilization Kitap Açıklaması

This guide/documentary book has been prepared for those readers and travellers who are interested in the history of Anatolia and its cultural heritage. In this book we attempt to present in detail the history of the Hittites, the first state established in Anatolia, and the Neo-Hittites. Their history, the structure of their states, religious beliefs, and their importance in history, as well as their major cities, and excavations made within the region, and museums that exhibit pieces found at Hittite megaliths and other settlements are all fully explained. Other Hittite settlements outside Anatolia, in Northern Syria, are also mentioned in the book. There is also information about the Hattians, the first society the Hittites ran into when they first came to Anatolia, and Assyrian Trade Colonies. The book has four main sections. Hattians and the Assyrian Trade Colonies are dealt with in the first section. The second section discusses the history of the Hittites and Neo-Hittites. The third section consists of colour coded maps describing places to visit in Anatolia. The maps show the settlements starting with the capital of Hattusa, the ruins, megaliths and tablets. With photos and up to date information the sub chapters talk about pieces belonging to the Hittites, Neo-Hittites, Hattians and Assyrian Trade Colonies displayed in museums in the region. The fourth and final section of the book explains the expanding Hittite domain outside of Anatolia, in Northern Syria, and the relationship between the Hittites and the Egyptians. The book contains details of about 20 museums, as well as 81 settlement names, tablets and monuments. Hittite and Neo-Hittite finds from the Ottoman Era were moved to the Museum of the Ancient Orient in the Istanbul Archaeological Museums. Others found during the Turkish Republic Era are exhibited in the Museum of Anatolian Civilizations in Ankara. Today architectural finds are displayed in regional museums.