Betrayal: The Crisis In the Catholic Church

Betrayal: The Crisis In the Catholic Church 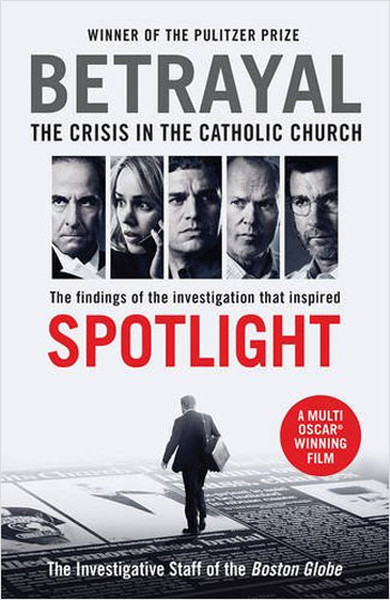 Betrayal: The Crisis In the Catholic Church Kitap Açıklaması

THE BOOK WHICH INSPIRED SPOTLIGHT, 2016 WINNER OF THE BEST PICTURE OSCAR AND THE BEST SCREENPLAY OSCAR

This is the true story of how a small group of courageous journalists uncovered child abuse on a vast scale - and held the Catholic Church to account. Betrayal is a ground-breaking work of investigative journalism, now brought brilliantly to life on the screen in the major new movie Spotlight.

Winner of the Pulitzer Prize for Public Service.

On 31 January 2002, the Boston Globe published a report that sent shockwaves around the world. Their findings, based on a six-month campaign by the 'Spotlight' investigative team, showed that hundreds of children in Boston had been abused by Catholic priests, and that this horrific pattern of behaviour had been known - and ignored - by the Catholic Church. Instead of protecting the community it was meant to serve, the Church exploited its powerful influence to protect itself from scandal - and innocent children paid the price.
This is the story from beginning to end: the predatory men who exploited the vulnerable, the cabal of senior Church officials who covered up their crimes, the 'hush money' used to buy the victims' silence, the survivors who found the strength to tell their story, and the Catholics across the world who were left shocked, angry, and betrayed. This is the story, too, of how they took power back, confronted their Church and called for sweeping change.
Updated for the release of the Oscar-nominated film Spotlight, this is a devastating and important exposure of the abuse of power at the highest levels in society.