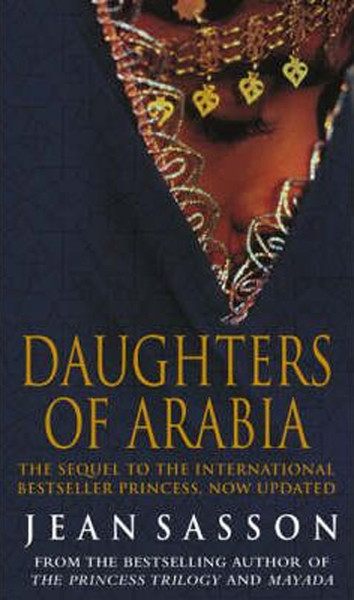 Readers of Princess Sultana's extraordinary biography Princess were gripped by her powerful indictment of women's lives behind the veil within the royal family of Saudi Arabia. They were every bit as fascinated by the sequel, Daughters of Arabia.

Here, the princess turns the spotlight on her two daughters, Maha and Amani, both teenagers. Surrounded by untold opulence and luxury from the day they were born, but stifled by the unbearably restrictive lifestyle imposed on them, they reacted in equally desperate ways.

Their dramatic and shocking stories, together with many more which concern other members of Princess Sultana's huge family, are set against a rich backdrop of Saudi Arabian culture and social mores which she depicts with equal colour and authenticity. We learn, for example, of the fascinating ritual of the world-famous annual pilgrimage to Makkah as we accompany the princess and her family to this holiest of cities. Throughout, however, she never tires of her quest to expose the injustices which her society levels against women. In her courageous campaign to improve the lot of her own daughters of Arabia, Princess Sultana once more strikes a chord amongst all women who are lucky enough to have the freedom to speak out for themselves.