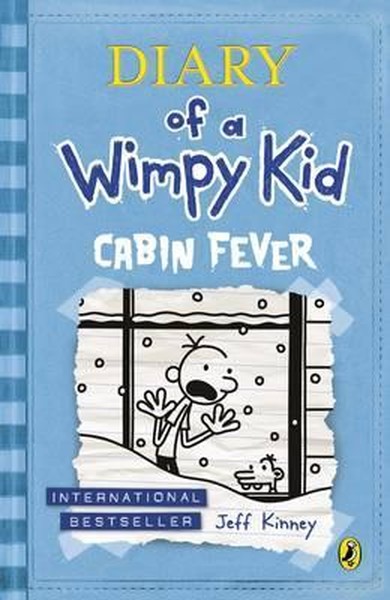 The hilarious, award-winning and global bestseller Diary of a Wimpy Kid: Cabin Fever is now in paperback! The sixth instalment in the Diary of a Wimpy Kid series - it's perfect for readers of 8+ and also reluctant readers. And you can also discover Greg on the big screen in any one of the three Wimpy Kid Movie box office smashes.

Greg Heffley is in big trouble. School property has been damaged and Greg is the prime suspect. But the crazy thing is, he's innocent! Or at least sort of.

The authorities are closing in, but then a surprise blizzard hits and the Heffley family is trapped indoors. Greg knows that when the snow melts he is going to have to face the music but could any punishment be worse than being stuck inside with your family?