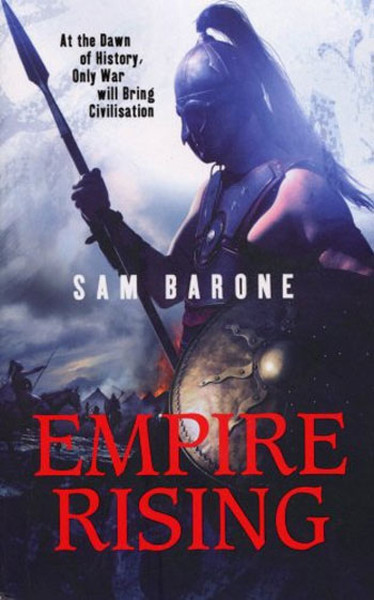 In 3157 B.C., at the eastern edge of the great southern desert in Mesopotamia, men are at war. Roaming bandits desperate for food, water, women, and slaves ravage vulnerable town. Yet one thing eludes them: gold. A rogue named Ariamus has joined forces with Korthac, a fierce bandit who saved his life, and together they set their sights on the impenetrable walled city of Akkad, ruled by the former barbarian Eskkar and his enchanting wife Trella. Korthac devises a brilliant plan to conquer the city from within. Slipping into Akkad in disguise, he will gradually win the trust of Trella. While Eskkar is away, bringing other towns into his burgeoning empire, Korthac and Ariamus will strike, wreaking havoc on the city in a way it never expects. Told with rich historical detail and full of violence, sex, passion, and battles reminiscent of the best of Bernard Cornwell, "The Road to Empire" is a marvelous trip into the past.