End Times: A Brief Guide to the End of the World

End Times: A Brief Guide to the End of the World 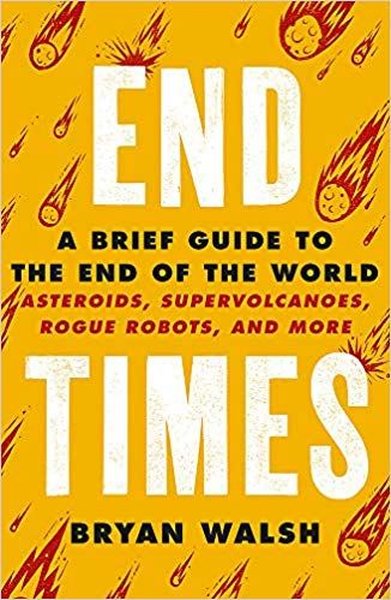 End Times: A Brief Guide to the End of the World Kitap Açıklaması

Could an incoming asteroid cause human beings to go the way of the dinosaurs? Will artificial intelligence make the world a better place-or make human beings obsolescent? Could a massive volcanic supereruption thrust the planet into a killer Ice Age? What would happen the day after a nuclear war? Bryan Walsh, a 15-year veteran reporter and editor of TIME, has written a vital work of popular science and investigative journalism that will peel back the layers of complexity around the unthinkable - the end of humankind.

In End Times, Walsh provides a stunning panoramic analysis of the catastrophic dangers of human extinction that emerge from nature and those of our own making: the rising danger of a nuclear war, and the shockingly weak government protocols in place to prevent it; the climate change that threatens to burn the future even as our politicians deny and delay; ground-breaking emerging technologies like gene editing, tools that could save the world-or destroy it. Walsh examines the impact of these disasters were they to happen, the true probability of these world-ending catastrophes, and the best strategies for prevention, all pulled from his rigorous and deeply thoughtful reporting and research.

End Times may be dark, but it does not wallow in doom. Walsh goes into the room with the men and women whose job it is to imagine the unimaginable. He includes stories and colourful profiles of those on the front lines of prevention, actively working to head off existential threats in biotechnology labs and boardrooms. Guided by Walsh's evocative, page-turning prose, we follow the likes of the asteroid hunters at NASA and the disease detectives on the trail of the next mass killer.

Walsh examines the possibility of apocalypse in all forms, employing everything from geology to astronomy, bionics, economics and even human psychology to determine how we can apocalypse-proof our species. In the end, it will be the breadth of our knowledge, the depth of our imagination, and our will to survive that will decide the future.