Exactly What to Say: The Magic Words for Influence and Impact

Exactly What to Say: The Magic Words for Influence and Impact 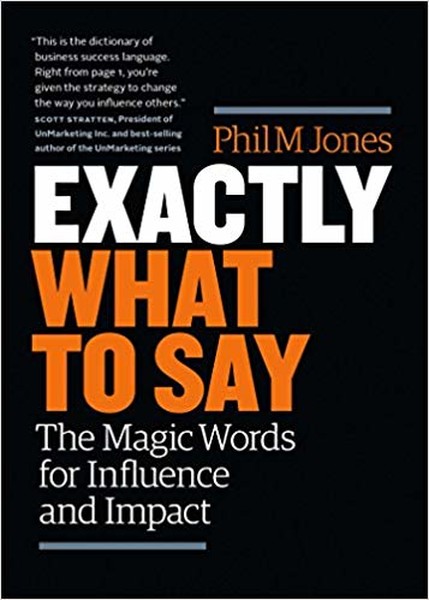 Exactly What to Say: The Magic Words for Influence and Impact Kitap Açıklaması

Phil M. Jones is a multiple award-winning sales expert, and one of the most sought after speakers in international commerce. He has trained more than two million people worldwide and coached some of the biggest brands in the world, using his expertise to fulfill his mission to "teach the world to sell." As a result, he is widely regarded as the world's leading sales trainer.

Exactly What to Say was released as a print-on-demand and ebook edition on July 26, 2017, and sold 25,000 copies in the ten weeks since its release. Jones's popularity has demonstrated that he has a dedicated audience and a broad reach. Now Exactly What to Say will be available for the first time through the full book trade.

The author is a relentless marketer who will put his full energy behind this first ever trade edition. In the coming year, Jones is engaged to do 35 keynotes to audiences in the thousands, as well as over 50 podcast and radio shows around the book.

PART OF A SERIES:

Exactly What to Sell is the first title in a trilogy of "Exactly" sales titles that he is writing. The second will be published by Wiley in January 2018: Exactly How to Sell: The Sales Guide for Non-Sales Professionals. It has a close visual association with this title, and Jones will be promoting them as a series.