From Dictatorship to Democracy

From Dictatorship to Democracy 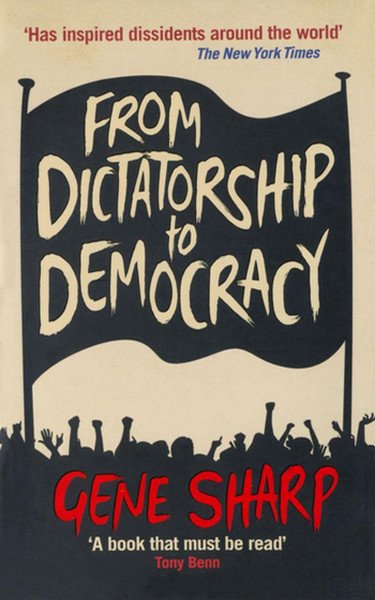 From Dictatorship to Democracy was a pamphlet, printed and distributed by Dr Gene Sharp and based on his study, over a period of forty years, on non-violent methods of demonstration. Now in its fourth edition, it was originally handed out by the Albert Einstein Institution, and although never actively promoted, to date it has been translated into thirty-one languages. This astonishing book travelled as a photocopied pamphlet from Burma to Indonesia, Serbia and most recently Egypt, Tunisia and Syria, with dissent in China also reported. Surreptitiously handed out amongst youth uprisings the world over - how the 'how-to' guide came about and its role in the recent Arab uprisings is an extraordinary tale. Once read you'll find yourself urging others to read it and indeed want to gift it.