Herakleia on the Latmos City and Environment

Herakleia on the Latmos City and Environment 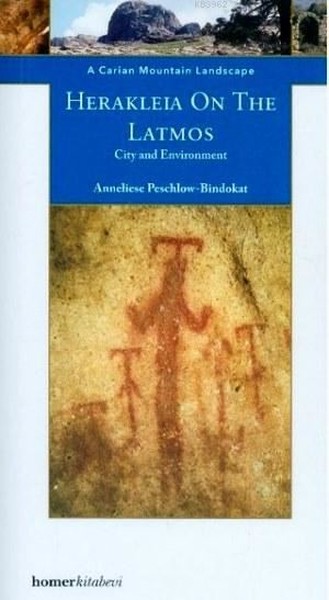 Herakleia on the Latmos City and Environment Kitap Açıklaması

WELCOME TO SELLER PAYITAHT'S LIBRARY!!! "Who crosses the area of the Maeander, is at his east side threatened by the dark zig zag top of the Latmos, a granite mountain created by eruptions. Inhospitable and poor, this mountain, separated from the thoroughfare by a lake, has ahvays been the most desolate area of the region. in the unparalleled vvildness of jumbled rocks, the Latmos is one of the greatest nature experiences a traveller can be gran-ted.(M.Schede,1936). in this mountain region, which was so apdy described in his time by M. Schede, in the past years numerous, 1ar-gely unknovra settlement traces have been found, which are decisively characterised by the rock landscape of the Latmos. Mount Latmos was one of the sacred mountains of Anatolia; its top was the residence place of the highest god, the Weather God. Among the numerous recent discoveri- \ es the Prehistoric rock paintings with their unique imagery a¿e undoubtedly the most important. in the Karadere Cave, j presumably the central sanctuary of the VVeather God, even \ the modern Adsitor becomes aware of the connection betwe- \ en the rock paintings and the mountain top.".