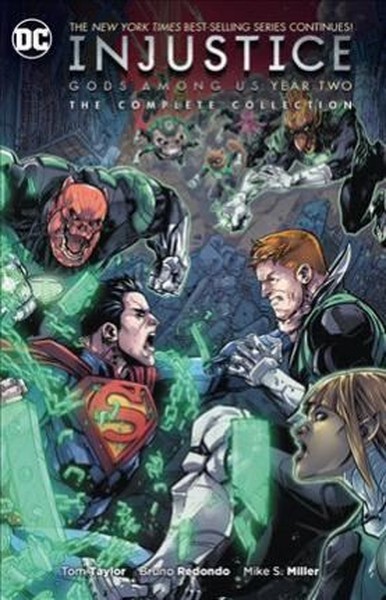 The best-selling prequel to the hit videogame picks up right where it left off! Year one is over--now, year two begins. The death of one of their own has divided Earth's protectors as hero turns against hero. As Superman's iron grip on the world tightens, at the edge of the galaxy another grave threat approaches. The Green Lantern Corps is forced into extreme measures in an attempt to dethrone Superman and restore safety to the universe. Now collected in its entirety, INJUSTICE: GODS AMONG US: YEAR TWO - THE COMPLETE COLLECTION continues the story from the New York Times best-selling graphic novel with star writer Tom Taylor (EARTH 2) and a team of artists including Mike S. Miller, Bruno Redondo and Tom Derenick.