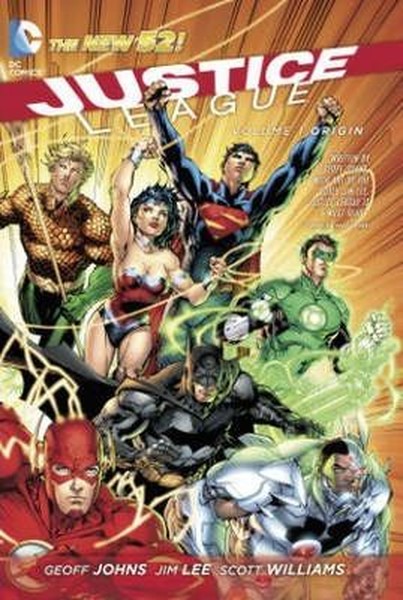 A New York Times Bestseller! As a part of the monumental DC Comics - The New 52 event, comics superstars Geoff Johns and Jim Lee bring you an all-new origin story for the Justice League! In a world where inexperienced superheroes operate under a cloud of suspicion from the public, loner vigilante Batman has stumbled upon a dark evil that threatens to destroy the earth as we know it. Now, faced with a threat far beyond anything he can handle on his own, the Dark Knight must trust an alien, a scarlet speedster, an accidental teenage hero, a space cop, an Amazon Princess, and an undersea monarch. Will this combination of Superman, The Flash, Cyborg, Green Lantern, Wonder Woman, and Aquaman be able to put aside their differences and come together to save the world? Or will they destroy each other first? In one of the most game-changing titles in comic industry history, Geoff Johns and Jim Lee re-imagine the classic heroes of the DC Universe for the 21st century. This volume collects issues #1-6 of Justice League, part of the DC Comics - The New 52 event.