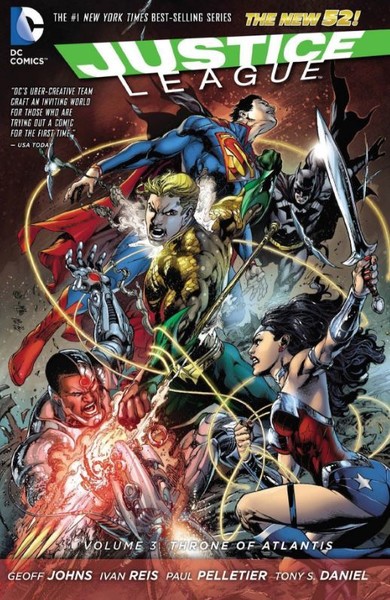 When Atlantis is struck by a U.S. Naval missile gone awry, Atlantis - led by Aquaman's brother Ocean Master - attacks the East Coast of the United States flooding its major cities such as Boston, Metropolis, Gotham City, and several others. The Justice League comes together to help Aquaman turn back the tide, but they soon learn that they are woefully overmatched by the Atlantean Army, and must find a way to save the world from total annihilation! * Collects Justice League #13-17 and Aquaman #15-16.