My Experiments With Truth

My Experiments With Truth 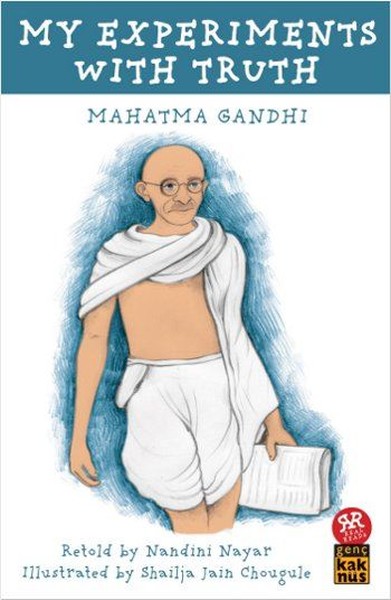 My Experiments With Truth Kitap Açıklaması

“It was interesting to read about Gandhi’s experiences in England and South Africa, which really influenced how he thought about India.”  -Sherin, 12- ‘Get out!’ the official said, ‘or I will get a constable to push you out!’ ‘Do that,’ I told him. ‘I will not get off this train!’ Mahatma Gandhi is best known as the father of the Indian nation and a charismatic leader in the fight for justice for all. But who was Mohandas Karamchand Gandhi, and what made him the phenomenon he became? Born into a middle class family, Gandhi’s thirst for truth was evident from an early age, and his insistence on speaking and living his truth often got him into trouble. Why did it matter so much to him not to cheat at school, to stand up to officials who told him what he could and could not do, to fight relentlessly for the rights of the poor and those with little power over their own lives? What was it about Gandhi’s life and experiences that brought him to the clear understanding that love and non-violence are the best weapons in any struggle?