Notes from Underground and the Double

Notes from Underground and the Double 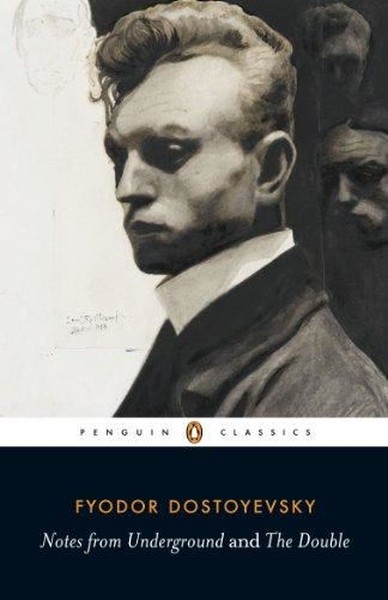 Collected here in Penguin Classics are two of Fyodor Dostoyevsky's shorter works, Notes from Underground and The Double, translated by Ronald Wilks with an introduction by Robert Louis Jackson.

Alienated from society and paralysed by a sense of his own insignificance, the anonymous narrator of Dostoyevsky's groundbreaking Notes from Underground tells the story of his tortured life. With bitter irony, he describes his refusal to become a worker in the 'anthill' of society and his gradual withdrawal to an existence 'underground'.

The seemingly ordinary world of St. Petersburg takes on a nightmarish quality in The Double when a government clerk encounters a man who looks exactly like him - his double, perhaps, or possibly the darker side of his own personality.

Like Notes from Underground, this is a masterly tragicomic study of human consciousness. Ronald Wilks's extraordinary new translation is accompanied here by an introduction by Robert Louis Jackson discussing these pivotal works in the context of Dostoyevsky's life and times. This edition also contains a chronology, bibliography, table of ranks and notes on each work.

Fyodor Mikhailovich Dostoyevsky (1821-1881) was born in Moscow. From 1849-54 he lived in a convict prison, and in later years his passion for gambling led him deeply into debt. His other works available in Penguin Classics include Crime and Punishment, The Brothers Karamazov, The Idiot and Demons.