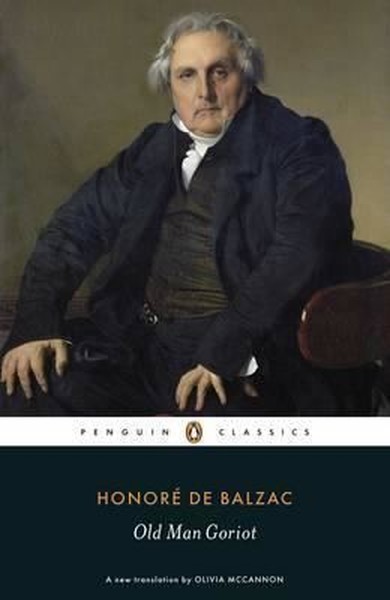 Monsieur Goriot is one of a disparate group of lodgers at Mademe Vauquer's dingy Parisian boarding house. At first his wealth inspires respect, but as his circumstances are mysteriously reduced he becomes shunned by those around him, and soon his only remaining visitors are his two beautifully dressed daughters.

Goriot's fate is intertwined with two other fellow boarders: the young social climber Eugene Rastignac, who sees a way to gain the acceptance and wealth he craves, and the enigmatic figure of Vautrin, who is hiding darker secrets than anyone. Weaving a compelling and panoramic story of love, money, self-sacrifice, corruption, greed and ambition, Old Man Goriot is Balzac's acknowledged masterpiece. A key novel in his Comedie Humaine series, it is a vividly realized portrait of bourgeois Parisian society in the years following the French Revolution.