Ottomania: The Romantics and the Myth of the Islamic Orient

Ottomania: The Romantics and the Myth of the Islamic Orient 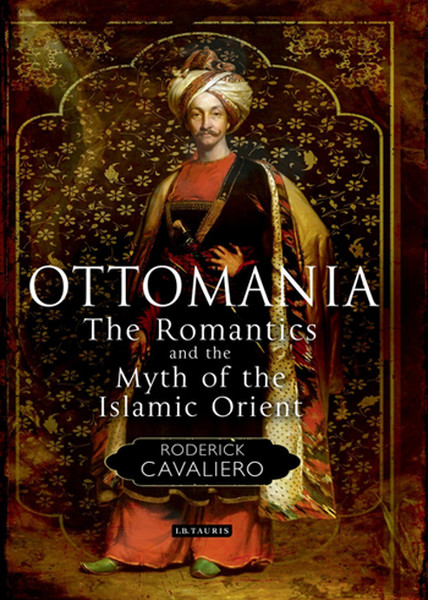 'Romanticism had its roots in fantasy and fed on myth'. So Roderick Cavaliero introduces the nineteenth-century European Romantic obsession with the Orient. Cavaliero brings on a rich cast of leading Romantic writers, artists, musicians and travellers, including Beckford, Byron, Shelley, Walter Scott, Pierre Loti, Thomas Moore, Rossini, Eugene Delacroix, Thackeray and Disraeli, who luxuriated in the exotic sights, sounds, literature and mythology of the Orient - the Eastern Mediterranean and Middle East. Cavaliero analyses the Romantic vision of the Orient from Ottoman Turkey, through the Middle East, including Egypt and Persia, to the Vale of Kashmir - fascination with the exotic Orient mixed with distaste for despotic rule. The Romantics saw the Ottoman Empire as the feebler successor to the huge and invincible military state that threatened Europe in previous centuries; and the Ottoman Sultan as an absolute ruler living in distant splendour, with power of life and death over his people, stifling any national and democratic aspiration that might undermine his empire. But dislike of Oriental despotism could be overlaid by the frisson of oriental luxury, especially as the Ottoman Sultans were also heirs to the Caliphate of the iconic Harun ar Rashid in the fabulous "Arabian Nights Entertainments" - tales hugely popular in Europe and symbolising timeless Eastern luxury. Dualism was fundamental to Romantic vision - the arch-romantic Byron wrote of 'virgins soft as the roses they twine' in his 'Turkish Tales' but fought for his romantic vision of Greek national independence. Cavaliero's "Ottomania" will delight all readers interested in tales of the Orient and the literature of the Romantic movement - a rich treasure-house of poets, novelists and travellers.