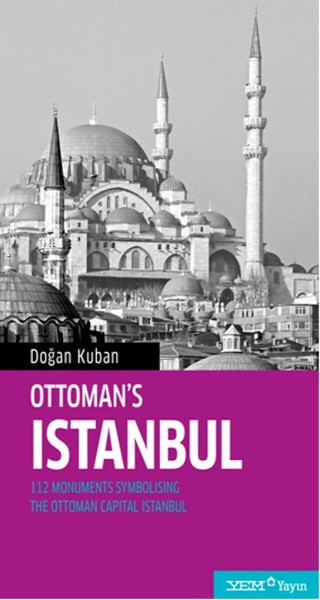 Istanbul is a city born from the sea. Starting a colony of Megaran Byzantium settled here 2,700 years the pagans, Christian, and Muslim societies who settled here not only built their cities according to the unique topography of the land, but also -to varying degrees- preserved the monuments of the civilizations that had preceded them. However, when people settled in the coastal areas, considering going as far as 8500 BC, the date of last finds. This urge to preserve has thus created a demonstrated continuity within the historical physiometry of the city. The urban order that had been Constantinople was continued in the Ottoman era.

With the passing of hands, however, monumental mosques began to appear in the earlier Roman forums. A total of 112 of the best monumental buildings of Istanbul were selected for this book.

The first selection was made based on the monuments remaining in the inner city, an area first delineated by Septimus Severus, and then expanded to include the districts added by Constantine and then, later, by Theodosius. This inner city area was also greatly expanded by the Ottomans as the districts after Beyazıt were augmented to include the avenue stretching to Topkapı that acts as the borders of the lands dividing the Marmara Sea from the Golden Horn. In doing so, for the purposes of this book the iner city was thus classified by these former borders into four distinct districts. The districts of Galata, Eyu?p, and those lining the Bosphorus Strait, became the fifth sixth, and seventh districts to be covered in this work, while the city's Asian-side districts of Üsku?dar, Haydarpaşa, and Kadıköy became the eighth district. The monuments of Ottoman's Istanbul that the reader will discover in this book have been thus presented according to eight separate districts, and all have been listed in alphabetic order.
(Tanıtım Bülteninden)