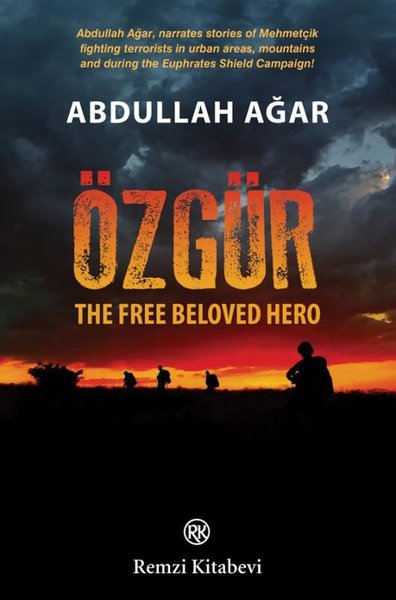 Serving in commando bridages and special forces for many years, entering countless skirmishes and got shot in the belly with three bullets in the Iraqi mountains, Abdullah Ağar went back to this region years later. For 4 years, 1 day and 7 hours, he lived in these lands that were scorched with the fire of terrorism. When he returned back to Turkey, he wrote a very comprehensive book about ISIS titled: IŞİD ve Irak.

He then went to Southeast Turkey, where he had served for so many years. He interviewed the soldiers fighting in the most adverse conditions. Then he went to the Euphrates Shield region... Er-Rai, El-Bab, Dabık... Özgür: The Free Beloved Hero is the result of this work. The title is based on the name of Captain Özgür Çevik who was killed in action shortly after his interview with the author but it also symbolizes all the heroes that sacrifice their lives for the freedom of the country.

This book is the story of the greatest challenge that Turkey had to face since the foundation of the Republic and “the spirit of assault” that the nation clinged on to after September 15th. coup attempt in order to fight terrorists urban areas, mountains and the Euphrates Shield campaign.