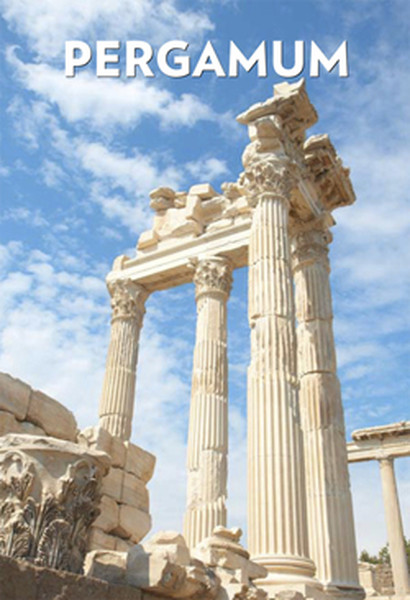 For a brief, shining moment the city of Pergamum set out to rival Athens in splendor and artistic prominence; the world's most famous architects, sculptors and intellectuals gathered there, and its library is said to have contained 20,000 volumes, From 281 to 133 BCE, five generations of the Attalid dynasty ruled western Anatolia as far south as the Mediterranean coast from Pergamum but when King Attalus III died it was discovered that, uniquely in history, he had willed his kingdom to Rome.

The city continued to thrive as a centre of healing and become a bishopric, mentioned in the Apocalypse of John among the seven churches of Asia Minor as the place "where Satan's throne is" probably a reference to the great altar, now on display in Berlin's Pergamon Museum.