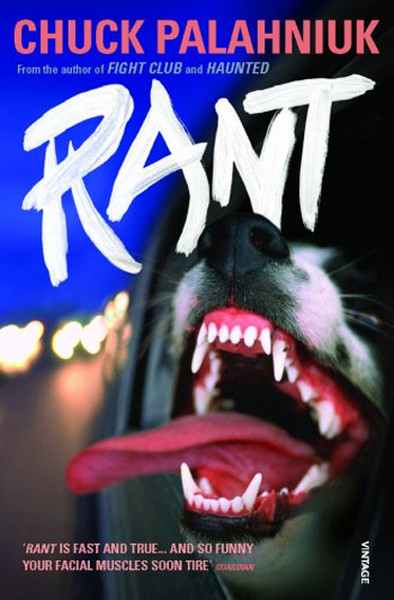 Rant is the oral history of one Buster 'Rant' Casey, in which an assortment of friends, enemies, detractors, lovers and relations have their say on the man who may or may not be the most efficient serial killer of our time. Rant is a darkly glittering anti-hero whose recreational drug of choice is rabies, and whose own personal Viagra is the venom of a black widow spider. He soon leaves his half-feral hometown for the big city, where he becomes the leader of an urban demolition derby called Party Crashing. On designated nights, the Party Crashers chase each other in cars in the hope of a collision, and all the while Rant, the 'superspreader', transmits his lethal disease...