Rome on the Euphrates: The Story of a Frontier (Freya Stark Collection)

Rome on the Euphrates: The Story of a Frontier (Freya Stark Collection) 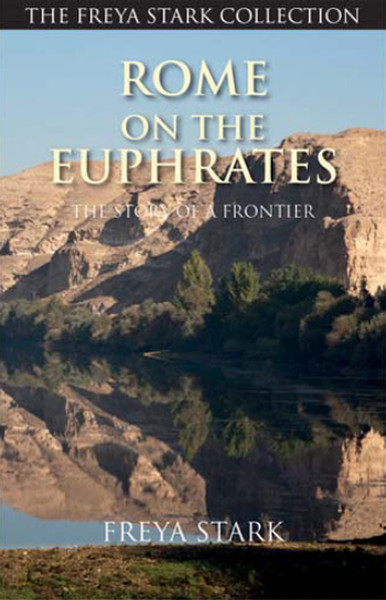 Freya Stark (1893-1993), 'the poet of travel', was the doyenne of Middle East writers and one of the most courageous and adventurous female travellers in history. She explored Syria, Palestine, Lebanon, Iran, Iraq and Southern Arabia, where she became the first western woman to journey through the Hadhramaut. Usually solo, she ventured to places few Europeans had ever been. She received the title of Dame and her many, now classic, books include Travels in the Near East, A Winter in Arabia, The Southern Gates of Arabia, Alexander's Path, Dust in the Lion's Paw, East is West and Valleys of the Assassins.

'She has written the best travel books of her generation and her name will survive as an artist in prose.'
The Observer

"High on a promontory near by, the shapeless face of Niobe trickles with the springs that feed her tears; and below her, to east and west, the valley is shallow and relaxed under a golden decay of vineyards."

When Roman legions marched into Asia Minor in 200BC, their plan was to secure a buffer zone between the Mediterranean, which they virtually owned, and the area beyond, which they sought to isolate rather than control. The Euphrates is the longest and most historically-rich of all the rivers of western Asia. A vital trade route in ancient times, it connected Europe and Anatolia with the Middle East and Arabia. Along the long frontier of the Euphrates in Turkey lay the most eastern limits of the Roman empire - a region thy called Augusta Euphrantentis. Their expanding involvement lasted eight centuries, drained their energies and culminating in the destruction of the bridge that since the time of Alexander the Great had linked China to the commerce of the Mediterranean. Tracing the path of this ancient river and highlighting her travels with the vibrant history of eight hundred years of Roman warfare and the history of this mighty river, Freya Stark ultimately reveals the futility of war, of arbitrary boundaries and territorial conquest. Rome on the Euphrates, at once travel and history, is one of her most magnificent and highly acclaimed works of history.
'It was rare to leave her company without feeling that the world was somehow larger and more romising. Her life was something of a work of art... The books in which she recorded her journeys were seductively individual... Nomad and social lioness, public servant and private essayist, emotional victim and mythmaker.'
Colin Thubron, NY Times