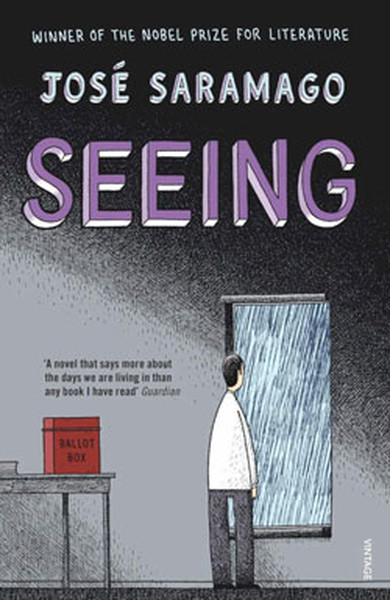 Despite the heavy rain, the presiding officer at Polling Station 14 finds it odd that by midday on National Election day, only a handful of voters have turned out. Puzzlement swiftly escalates to shock when eventually, after an extension, the final count reveals seventy per cent of the votes are blank - not spoiled, simply blank. National law decrees the election should be repeated eight days later. The result is worse; eighty-three per cent of the votes are blank. The incumbent government receives eight per cent and the opposition even less. The authorities, seized with panic, decamp from the capital and place it under a state of emergency. Who are the insurgents? Why the desire to destabilise the country? The authorities leap from one possibility to the next, but achieve nothing. The lack of hostility exacerbates things, since how can justice be meted out when not a single law has been broken? To all intents and purposes the administration is blind. Similarities to the plague of blindness that struck the city four years ago become apparent. In his new novel, Jose Saramago has deftly created the politician's ultimate nightmare: disillusionment not with one party, but with all, thereby rendering the entire democratic system useless. "Seeing" explores how simply this could be achieved and how devastating the results might be.