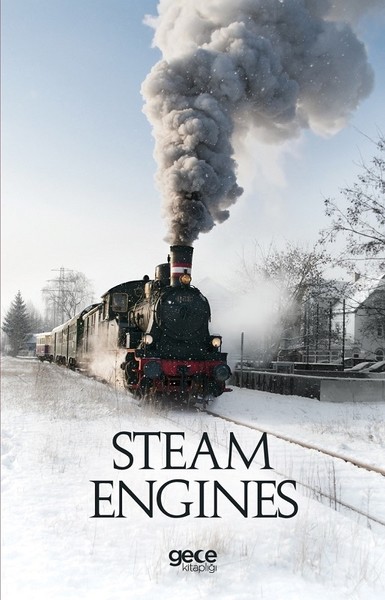 “…Heat may be transformed into mechanical work through the medium of steam, by confining a given amount in a closed chamber, and then allowing it to expand by means of a movable wall (piston) fitted into one side of the chamber. Heat is given up in the process of expansion, as shown by the lowered pressure and temperature of the steam, and work has been done in moving the wall (piston) of the closed chamber against a resisting force or pressure. When the expansion of steam takes place without the loss of heat by radiation or conduction, the relation between the pressure and volume is practically constant; that is, if a given quantity of steam expands to twice its volume in a closed chamber of the kind above described, its final pressure will be one-half that of the initial pressure before expansion took place. A pound of steam at an absolute pressure of 20 pounds per square inch has a volume of practically 20 cubic feet, and a temperature of 228 degrees. If now it be expanded so that its volume is doubled (40 cubic feet), the pressure will drop to approximately 10 pounds per square inch and the temperature will be only about 190 degrees. The drop in temperature is due to the loss of heat which has been transformed into work in the process of expansion and in moving the wall (piston) of the chamber against a resisting force, as already noted…”