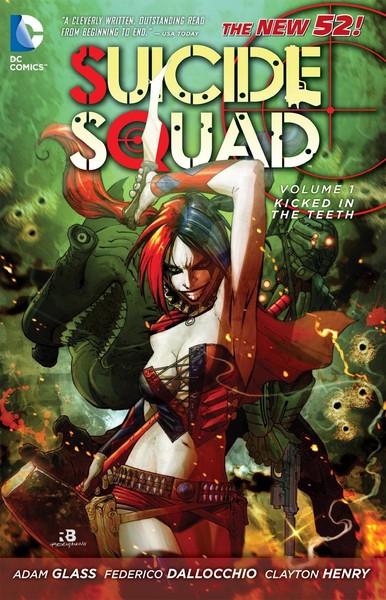 A New York Times Bestseller! As a part of the acclaimed DC Comics--The New 52 event of September 2011, writer and co-creator of the CW show Supernatural Adam Glass rolls out an all-new team of death-row super villains recruited by the government to take on missions so dangerous-they're sheer suicide! The story begins with the Suicide Squad defeated, imprisoned and being interrogated about their newest mission. Harley Quinn, King Shark, Deadshot and company must make it out alive without revealing who's pulling the strings behind their illegal operations. Who will be the first to crack under the pressure? More importantly will they make it all out alive?