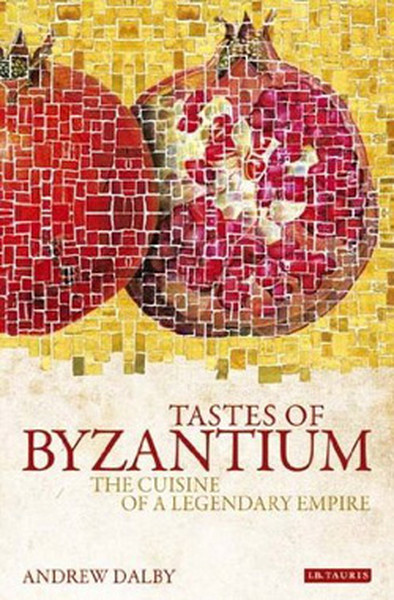 For centuries the food and culinary delights of the Byzantine empire - centred on Constantinople - have captivated
the west, although it appeared that very little information had been passed down to us. Andrew Dalbys Tastes of
Byzantium now reveals in astonishing detail, for the first time, what was eaten in the court of the Eastern Roman
Empire - and how it was cooked. Fusing the spices of the Romans with the seafood and simple local food of the
Aegean and Greek world, the cuisine of the Byzantines was unique and a precursor to much of the food of modern
Turkey and Greece. Bringing this vanished cuisine to life in vivid and sensual detail, Dalby describes the sights and
smells of Constantinople and its marketplaces, relates travellers tales and paints a comprehensive picture of the
recipes and customs of the empire and their relationship to health and the seasons, love and medicine. For food-lovers
and historians alike, Tastes of Byzantium is both essential and riveting - an extraordinary illumination of everyday
life in the Byzantine world.
A fascinating read, with its descriptions of the glittering centre of an empire. Along with his portrait of Byzantines
feasting on spiced wine and sugary sweets, Dalby includes many colourful observations. - Charles Perry, Cornucopia
A delightful book... Tastes of Byzantium offers a novel and humane approach to the Byzantines and their culture,
and one that should appeal to Byzantinists as well as general readers. - The Bryn Mawr Classical Review