Technicians of the Sacred, Third Edition : A Range of Poetries from Africa,...

Technicians of the Sacred, Third Edition : A Range of Poetries from Africa, America, Asia, Europe, and Oceania 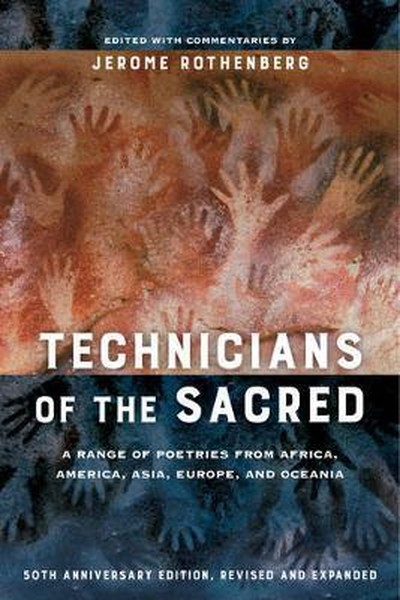 Technicians of the Sacred, Third Edition : A Range of Poetries from Africa, America, Asia, Europe, and Oceania Kitap Açıklaması

Hailed by Robert Creeley as "both a deeply useful book and an unequivocal delight" and by the LA Times Book Review as one of the hundred most recommended American books of the late 20th century, Jerome Rothenberg's landmark anthology Technicians of the Sacred has educated and inspired generations of poets, artists, musicians, and other readers, exposing them to the multiple possibilities of poetry throughout the world. Juxtaposing "primitive" and archaic works of art from many cultures with each other and with avant-garde and experimental poetry, Jerome Rothenberg contends that literature extends beyond specific temporal and geographic boundaries, while acting as a retort to those who would call that larger humanity into question. A half-century since its original publication, this revised and expanded third edition provides readers with a wealth of newly gathered and translated texts from recently reinvigorated indigenous cultures, bringing the volume into the present and further extending the range and depth of what we recognize and read as poetry.