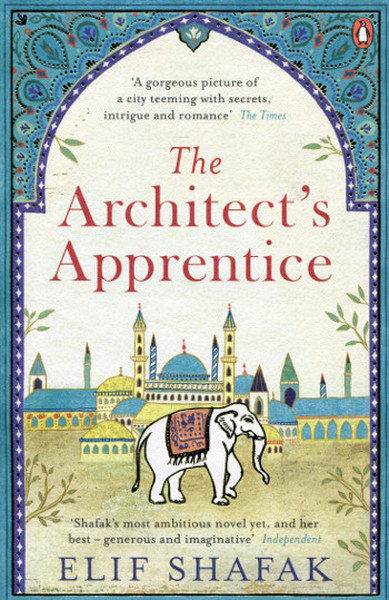 The Architect's Apprentice is a dazzling and intricate tale from Elif Shafak, bestselling author of The Bastard of Istanbul. 'There were six of us: the master, the apprentices and the white elephant. We built everything together...' Sixteenth century Istanbul: a stowaway arrives in the city bearing an extraordinary gift for the Sultan. The boy is utterly alone in a foreign land, with no worldly possessions to his name except Chota, a rare white elephant destined for the palace menagerie. So begins an epic adventure that will see young Jahan rise from lowly origins to the highest ranks of the Sultan's court. Along the way he will meet deceitful courtiers and false friends, gypsies, animal tamers, and the beautiful, mischievous Princess Mihrimah. He will journey on Chota's back to the furthest corners of the Sultan's kingdom and back again. And one day he will catch the eye of the royal architect, Sinan, a chance encounter destined to change Jahan's fortunes forever. Filled with all the colour of the Ottoman Empire, when Istanbul was the teeming centre of civilisation, The Architect's Apprentice is a magical, sweeping tale of one boy and his elephant caught up in a world of wonder and danger. "A gorgeous picture of a city teeming with secrets, intrigue and romance." (The Times). "Shafak's most ambitious novel yet her best - generous and imaginative." (Independent). "Exuberant, epic and comic, fantastical and realistic...like all good stories it conveys deeper meanings about human experience." (Financial Times). "Fascinating. A vigorous evocation of the Ottoman Empire at the height of its power." (Sunday Times). "Intricate, multi-layered, resplendent, vividly evoked, beautifully written." (Observer). "Sumptuous, absorbing, moving." (Independent on Sunday).