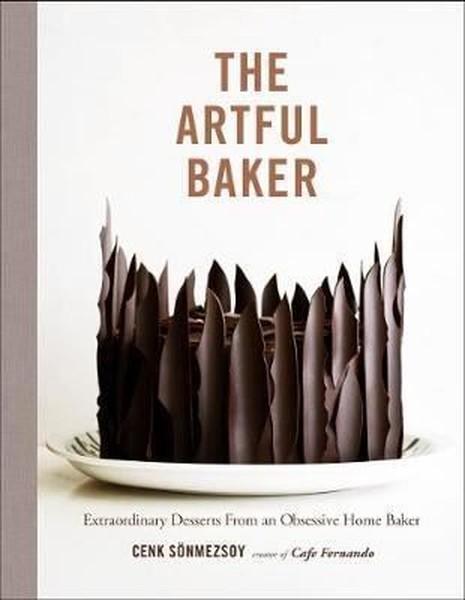 A collection of more than 100 extraordinary desserts-all with photos and meticulous instructions-by Cenk Sonmezsoy, creator of the internationally acclaimed blog Cafe Fernando. Written, styled, photographed, and designed by Cenk Sonmezsoy, The Artful Baker shares the inspiring story of a passionate home baker, beginning with his years after graduate school in San Francisco and showcasing the fruits of a baking obsession he cultivated after returning home to ?stanbul. Sonmezsoy's stories and uniquely styled images, together with his original creations and fresh take on traditional recipes, offer a thoughtful and emotional window into the life of this luminary artist. The Artful Baker is comprised of almost entirely new content, with a few updated versions of readers' favorites from his blog, such as Brownie Wears Lace, his signature brownies topped with blond chocolate ganache and bittersweet chocolate lace (originally commissioned by Dolce & Gabbana and awarded "Best Original Baking and Desserts Recipe" by Saveur magazine); Raspberry Jewel Pluot Galette, a recipe inspired by Chez Panisse's 40th year anniversary celebrations; and Devil Wears Chocolate, his magnificent devil's food cake that graces the cover of the book. Each chapter highlights a variety of indulgences, from cookies to cakes and tarts to ice creams, including recipes like Pistachio and Matcha Sables; Tahini and Leblebi (double-roasted chickpeas) Swirl Brownies; Sakura Madeleines; Sourdough Simit, the beloved ring-shaped Turkish bread beaded with sesame seeds; Isabella Grape and Kefir Ice Cream; Pomegranate Jam; and Blanche, a berry tart named after the Golden Girl Blanche Devereaux. Every recipe in The Artful Baker has gone through a meticulous development phase, tested by an army of home bakers having varying levels of skill, equipment, and access to ingredients, and revised to ensure that they will work flawlessly in any kitchen. Measurements of ingredients are provided in both volume and weight (grams). Where a volume measurement isn't useful, weight measurements are provided in both ounces and grams.