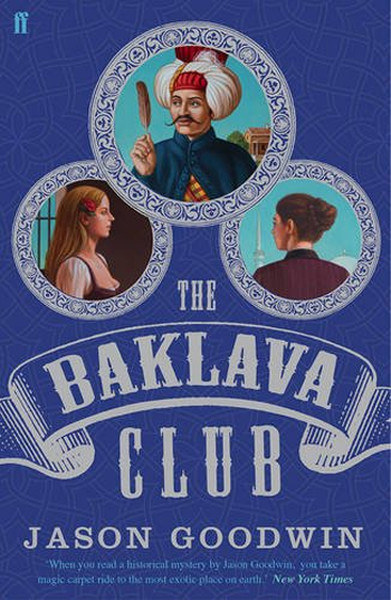 In nineteenth-century Istanbul, a Polish prince has been kidnapped. His assassination has been bungled and his captors have taken him to an unused farmhouse. Little do they realize that their revolutionary cell has been penetrated by their enemies, who use the code name La Piuma (the Feather).

Yashim is convinced that the prince is alive. But he has no idea where, or who La Piuma is - and has become dangerously distracted by falling in love. As he draws closer to the prince's whereabouts and to the true identity of La Piuma, Yashim finds himself in the most treacherous situation of his career: can he rescue the prince along with his romantic dreams?

Jason Goodwin's bestselling 'Yashim' series has been published across the globe and received huge critical acclaim. In The Baklava Club, Goodwin takes Yashim on an adventure like no other, through the stylish, sensual world of Ottoman Istanbul.