The Establishment: And how they get away with it

The Establishment: And how they get away with it 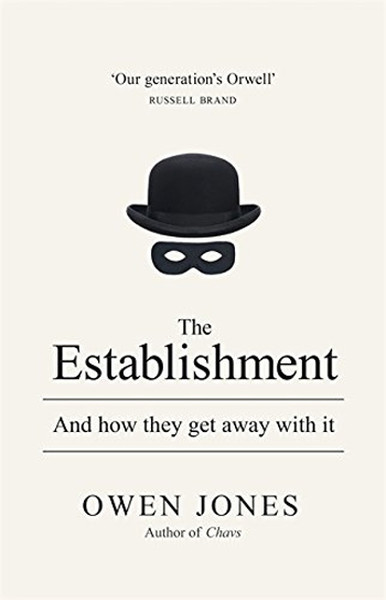 The Establishment: And how they get away with it Kitap Açıklaması

In The Establishment Owen Jones, author of the international bestseller Chavs, offers a biting critique of the British Establishment and a passionate plea for democracy

Behind our democracy lurks a powerful but unaccountable network of people who wield massive power and reap huge profits in the process. In exposing this shadowy and complex system that dominates our lives, Owen Jones sets out on a journey into the heart of our Establishment, from the lobbies of Westminster to the newsrooms, boardrooms and trading rooms of Fleet Street and the City. Exposing the revolving doors that link these worlds, and the vested interests that bind them together, Jones shows how, in claiming to work on our behalf, the people at the top are doing precisely the opposite. In fact, they represent the biggest threat to our democracy today - and it is time they were challenged.

[Praise for Owen Jones's Chavs] 'A passionate and well-documented denunciation of the upper-class contempt for the proles that has recently become so visible in the British class system' - Eric Hobsbawm, Guardian Books of 2011

'As with all the best polemics, a luminous anger backlights his prose'
-Economist-

'A bold attempt to rewind political orthodoxies; to reintroduce class as a political variable ... It moves in and out of postwar British history with great agility, weaving together complex questions of class, culture and identity with a lightness of touch. Jones torches the political class to great effect'
-Jon Cruddas, Independent-