The French Intifada: The Long War Between France and its Arabs

The French Intifada: The Long War Between France and its Arabs 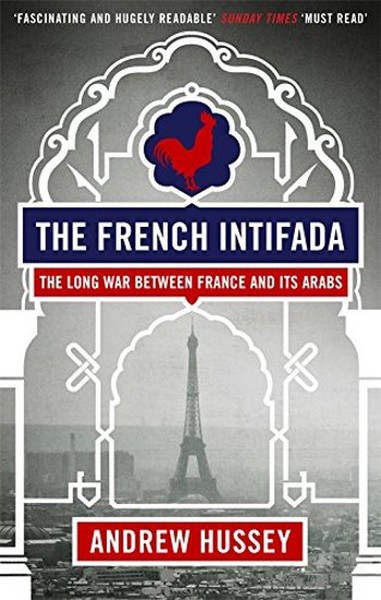 Beyond the affluent centre of Paris and other French cities, in the deprived banlieues, a war is going on. This is the French Intifada, a guerrilla war between the French state and the former subjects of its Empire, for whom the mantra of 'liberty, equality, fraternity' conceals a bitter history of domination, oppression, and brutality. This war began in the early 1800s, with Napoleon's lust for martial adventure, strategic power and imperial preeminence, and led to the armed colonization of Algeria, Morocco and Tunisia, and decades of bloody conflict, all in the name of 'civilization'. Here, against the backdrop of the Arab Spring, Andrew Hussey walks the front lines of this war - from the Gare du Nord in Paris to the souks of Marrakesh and the mosques of Tangier - to tell the strange and complex story of the relationship between secular, republican France and the Muslim world of North Africa. The result is a completely new portrait of an old nation. Combining a fascinating and compulsively readable mix of history, politics and literature with Hussey's years of personal experience travelling across the Arab World, The French Intifada reveals the role played by the countries of the Maghreb in shaping French history, and explores the challenge being mounted by today's dispossessed heirs to the colonial project: a challenge that is angrily and violently staking a claim on France's future.