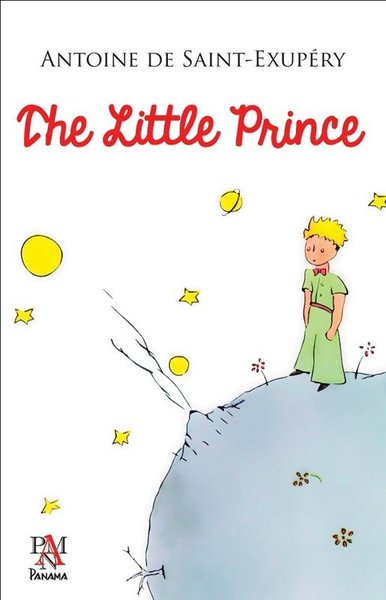 The novella is a poetic tale, with watercolour illustrations by the author, in which a pilot stranded in the desert meets a young prince fallen to Earth from a tiny asteroid named B-612.

The book includes some criticism from a child’s eye on the strangeness of the adult world while telling the little prince’s adventures. The prince has since visited six other asteroids, each of which was inhabited by a single, irrational, narrow-minded adult. They include: a king with no subjects; a vain man who believes himself the most admirable person on his otherwise uninhabited planet; a drunkard who drinks to forget the shame of being a drunkard; a businessman who is blind to the beauty of the stars and instead endlessly counts them in order to own them all; a lamplighter who wastes his life blindly following orders and extinguishing and relighting a lamp once a minute; and an elderly geographer. His last stop is Earth where the prince thinks is uninhabited because he first lands in a desert. Than the little prince's reassurance to the pilot takes place, but soon he goes away from him by leaving his disappointments as well.