The Lost World Stage 4 B1

The Lost World Stage 4 B1 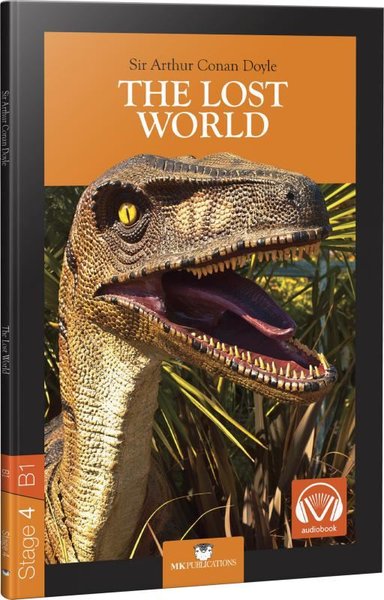 Edward Malone is a young journalist who fell in love with a beautiful woman. He looks for dangerous and thrilling adventures in order to win the heart of his lady. By an incredible coincidence, he meets with the most extraordinary zoologist of our modern age – Professor Challenger. The Professor tells him of his journey to the Amazon where he had discovered a great number of prehistoric animals. Malone believes Challenger’s story in spite of general public disbelief. Thus, after a big scientific meeting, the most unusual expedition of all time begins without delay. The aim of the expedition is to check Challenger’s statements about his discoveries in the Amazon. From that day on, Malone’s calm life changes once and for all. Together with his companions – Challenger, John Roxton, and Summerlee – he reaches an unknown country in an unexplored part of the world. There they face many dangers on every side: dinosaurs, ape-men, pterodactyls, and more! Just when they think they have seen it all, they lose the only way out of the terrible country! Our explorers have become sad and desperate. Will they survive in such a dangerous and hopeless country? And will they ever reach their home again? This story will thrill readers with excitement and curiosity such as you have never known before. So strap in, and get ready for the adventure of a lifetime!