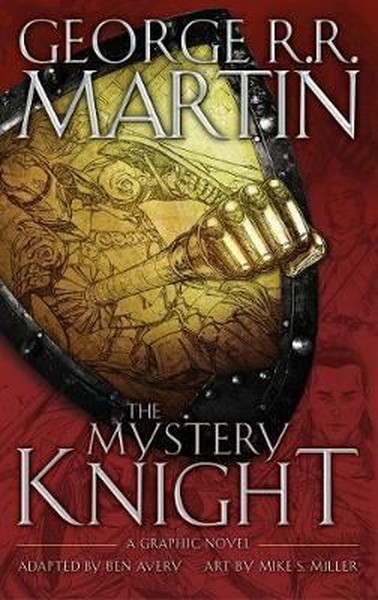 A full-color graphic novel edition of The Mystery Knight, one of the thrilling Dunk and Egg novellas from George R. R. Martin's A Knight of the Seven Kingdoms and a prequel of sorts to A Game of Thrones. "Every wedding needs a singer, and every tourney needs a mystery knight." Westeros is eerily peaceful. King Aerys I sits on the Iron Throne. A ravaging plague has abated. Yet beneath the surface, tensions linger sixteen years after a failed rebellion. In these restless times, noble hedge knight Ser Duncan the Tall - Dunk, to his friends - and his precocious boy squire, Egg, travel the Seven Kingdoms performing chivalrous deeds, though Egg's bloodline must be concealed at all costs. After heading north for Winterfell, Dunk and Egg are lured off the kingsroad by a wedding feast-and an unusually lucrative tournament. The champion jouster will claim a rare trophy indeed: a dragon's egg. Dunk, always better in a melee, would be satisfied with a hot meal, a cup of wine, and a purse full of coins. But a treasonous plot is more likely to hatch before another dragon ever stretches its wings. Someone's on to Egg. And a mystery knight with designs on an even bigger prize soon throws the entire affair into chaos.