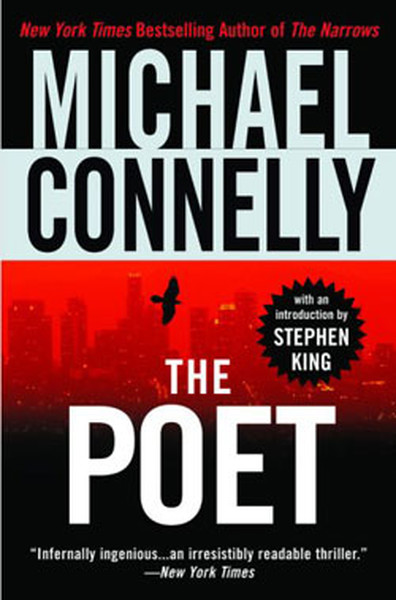 Jack McEvoy is a Denver crime reporter with the stickiest assignment of his career. His twin brother, homicide detective Sean McEvoy, was found dead in his car from a self-inflicted bullet wound to the head--an Edgar Allen Poe quote smeared on the windshield. Jack is going to write the story. The problem is that Jack doesn't believe that his brother killed himself, and the more information he uncovers, the more it looks like Sean's death was the work of a serial killer. Jack's research turns up similar cases in cities across the country, and within days, he's sucked into an intense FBI investigation of an Internet pedophile who may also be a cop killer nicknamed the Poet. It's only a matter of time before the Poet kills again, and as Jack and the FBI team struggle to stay ahead of him, the killer moves in, dangerously close.