The Psychology and Pedagogy of Anger

The Psychology and Pedagogy of Anger 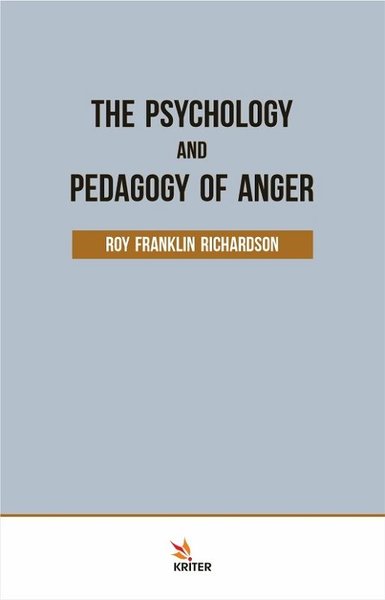 The Psychology and Pedagogy of Anger Kitap Açıklaması

The importance of the study of the emotions in relation to human conduct is well understood. Just how consciousness behaves under the influence of the fundamental human emotions like fear and anger, is one of vital interest to the psychologist and educator. It has always been difficult to study the structural side of our emotions because of an inability to control voluntarily our emotions for purposes of introspection. The structure of emotions is primarily important in so far as structure may allow an interpretation of function. The study of the emotions has for the most part been limited to theoretical discussions based on the observations of normal and abnormal persons and on the casual introspection of individual authors. This work is an attempt to study systematically the emotion of anger in relation to the behavior of consciousness, the ideas and feelings associated in the development of anger, the reactive side of consciousness under the influence of anger, individual differences in behavior, manner of the disappearance and diminution of anger, devices used in the control and facilitation of the emotion, and the conscious after-effects including the inter-relation of anger and other feelings, emotions and attitudes which follow.