Tintin and the Lake of Sharks (The Adventures of Tintin)

Tintin and the Lake of Sharks (The Adventures of Tintin) 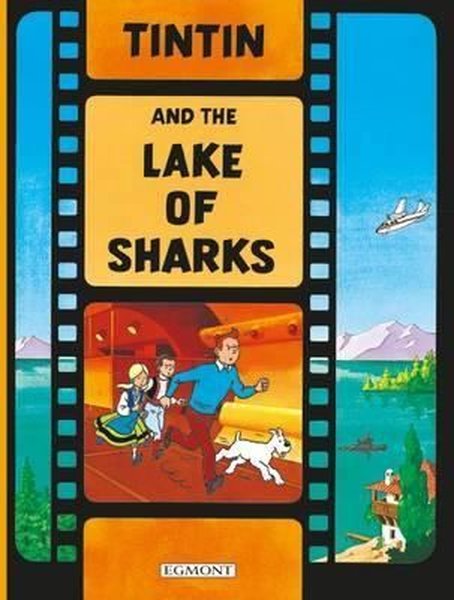 Herge's classic comic book creation Tintin is one of the most iconic characters in children's books. These highly collectible editions of the original 24 adventures will delight Tintin fans old and new. Perfect for lovers of graphic novels, mysteries and historical adventures.


The world's most famous travelling reporter searches for the truth behind the theft of some priceless works of art. But what does the King Shark have to do with it all?


Tintin and his friends are holidaying in Syldavia with Professor Calculus, who has invented an amazing new duplicating machine. But a series of strange occurrences makes Tintin suspicious. Who is the mysterious "King Shark", and what does he want with Calculus' machine? Is there a connection with the recent theft of famous works of art from the world's leading museums? Tintin is determined to find out!


The Adventures of Tintin are among the best books for readers aged 8 and up.


Herge (Georges Remi) was born in Brussels in 1907. Over the course of 54 years he completed over 20 titles in The Adventures of Tintin series, which is now considered to be one of the greatest, if not the greatest, comics series of all time.