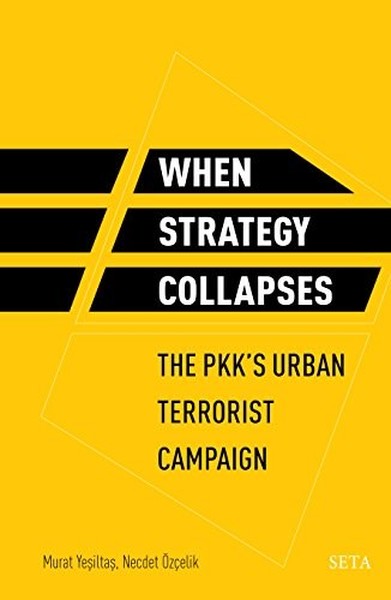 This book is the result of a research project organized by the Foundation for Political, Economic and Social Research (Siyaset, Ekonomi ve Toplum Araştırmaları Vakfı, SETA) born out of the need to understand the context-specific dynamics of the violent radicalization of the PKK and its urban strategy between 2015 and 2016. The aim is to explore the causes, new dynamics, and effects of PKK terrorism, and to explain the failure of its urban warfare tactics in Turkey.

Such an exploration is timely in two significant ways. First, the Middle East is witnessing an appreciable rise in terms of the violent rhetoric and terrorist actions of certain violent terrorist organizations. While the unfamiliar dynamics of this new radical extremist trend may differ from country to country, and from region to region, the PKK case is a textbook example regarding the question of how a terrorist group devastates the daily life of ordinary people, and destabilizes the nature of the regional order. Secondly, understanding and addressing the PKK’s violent tactics require comprehending how the newly emerging regional geopolitical antagonism and disorder transform the strategy of a terrorist organization, and affect the nature of the conflict, especially in the post-Arab Spring period in the Middle East.