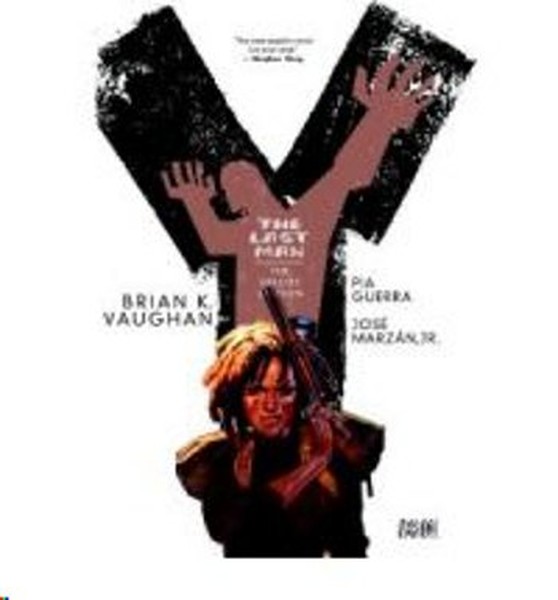 Y: THE LAST MAN is the gripping saga of Yorick Brown, an unemployed and unmotivated slacker who discovers that he is the only male left in the world after a plague of unknown origin instantly kills every mammal with a Y chromosome. Accompanied by his mischievous monkey and the mysterious Agent 355, York embarks on a transcontinental journey to find his girlfriend and discover why he is the last man on Earth.

Now, the entire critically acclaimed Y: THE LAST MAN saga written by Brian K. Vaughan, one of the writers of LOST, is collected into a series of oversized, hardcover editions. In this second volume, a Russian space from the International Space Station is returning to earth carrying three passengers: one woman and two men. Could this be the end of Yorick's tenure as last living male? Plus, the group runs up against a roadblock in Arizona where the female remains of the Sons of Arizona militia have cut the interstate to keep out any vestiges of the U.S. government.