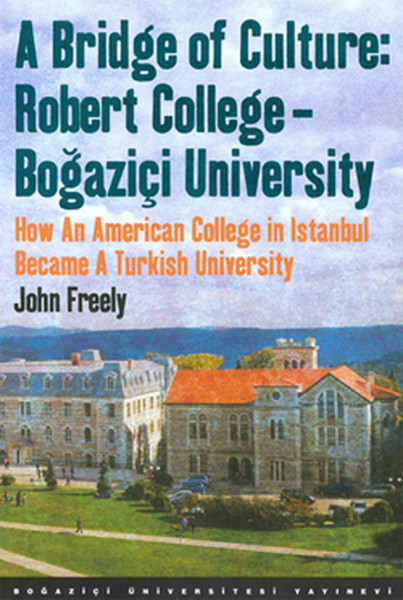 During the 38 years of its existence Bosphorus University has perpetuated the cultural traditions it inherited from Robert College, and it is generally considered to be one of the top undergraduate institutions in the world, with outstanding graduate programs in most fields other than medicine and law. Though it is a Turkish state university, the language of instruction in almost all courses is English; the majority of its faculty have doctorates from American universities and most of its outstanding students go on to do graduate studies at universities in the U. S. Our students come from every province of Turkey and from more than sixty other countries, for Bosphorus University is a cultural beacon that shines across national boundaries and internal political divisions, distinguished by the diversity of its student body and faculty and its tolerance of ethnic, religious, and cultural differences. And so my book will examine the ways in which Robert College and Bosphorus and Bosphorus University have been a bridge of culture between what orientalists have called East and West.

John Freely was born in New York in 1926. He joined the U.S. Navy at the age of 17, serving in a commando unit in the Pacific, Burma and China during the last year of World War II. He returned to school after the war and obtained a Ph.D. in physics at New York University in 1960. In September 1960 he came to Istanbul with his wife and three children beginning his tenure as Professor of Physics at the Robert College Yüksek Okulu. He remained in Istanbul until 1976, continuing on the faculty during the first five years of Boğaziçi University. He returned to Boğaziçi University in 1999, after living and working in Athens, Boston, New York, London and Venice. His first book was Strolling Through Istanbul, co-authored with Hilary Sumner-Boyd, published in 1972. Since then he has written more than thirty books, the most recent of which are Istanbul, The Imperial City (1994) and Inside the Seraglio, Private Lives of the Ottoman Sultans in Istanbul (1999).