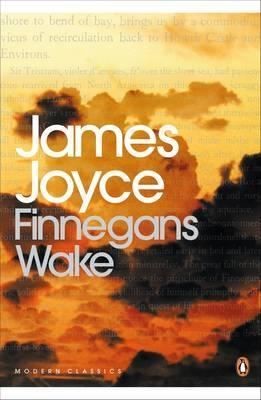 A daring work of experimental, Modernist genius, James Joyce's Finnegans Wake is one of the greatest literary achievements of the twentieth century, and the crowning glory of Joyce's life. The Penguin Modern Classics edition of includes an introduction by Seamus Deane'riverrun, past Eve and Adam's, from swerve of shore to bend of bay, brings us by a commodius vicus of recirculation back to Howth Castle and Environs' Joyce's final work, Finnegan's Wake is his masterpiece of the night as Ulysses is of the day.

Supreme linguistic virtuosity conjures up the dark underground worlds of sexuality and dream. Joyce undermines traditional storytelling and all official forms of English and confronts the different kinds of betrayal - cultural, political and sexual - that he saw at the heart of Irish history. Dazzlingly inventive, with passages of great lyrical beauty and humour, Finnegans Wake remains one of the most remarkable works of the twentieth century.

James Joyce (1882-1941), the eldest of ten children, was born in Dublin, but exiled himself to Paris at twenty as a rebellion against his upbringing. He only returned to Ireland briefly from the continent but Dublin was at heart of his greatest works, Ulysses and Finnegans Wake. He lived in poverty until the last ten years of his life and was plagued by near blindness and the grief of his daughter's mental illness.