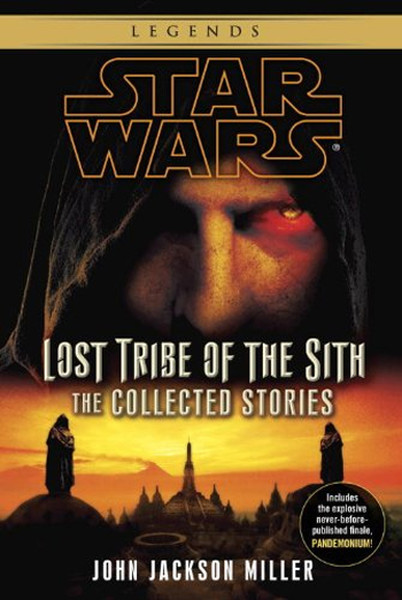 At last in one volume, the eight original installments of the epic Lost Tribe of the Sith eBook series . . . along with the explosive, never-before-published finale, Pandemonium-more than one hundred pages of new material!

Five thousand years ago. After a Jedi ambush, the Sith mining ship Omen lies wrecked on a remote, unknown planet. Its commander, Yaru Korsin, battles the bloodshed of a mutinous faction led by his own brother. Marooned and facing death, the Sith crew have no choice but to venture into their desolate surroundings. They face any number of brutal challenges-vicious predators, lethal plagues, tribal people who worship vengeful gods-and like true Sith warriors, counter them with the dark side of the Force.

The struggles are just beginning for the proud, uncompromising Sith, driven as they are to rule at all costs. They will vanquish the primitive natives, and they will find their way back to their true destiny as rulers of the galaxy. But as their legacy grows over thousands of years, the Sith ultimately find themselves tested by the most dangerous threat of all: the enemy within.