Unicorn of Many Hats (Phoebe and Her Unicorn Series Book 7)

Unicorn of Many Hats (Phoebe and Her Unicorn Series Book 7) 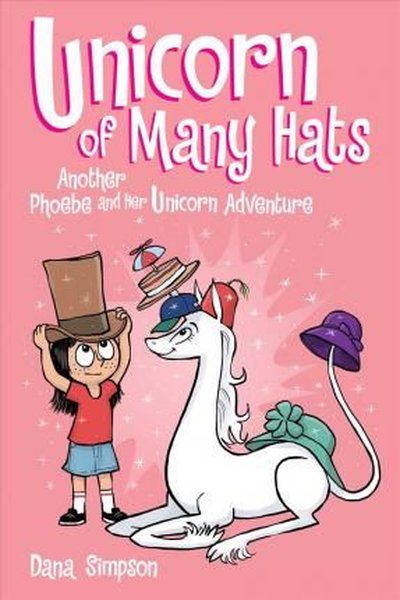 "A pink, bubble-gum bonbon of a tale spun of a likable, albeit self-centered, fourth-grader and her magical, self-obsessed, although sometimes-kind, unicorn."
-Kirkus Reviews

Book seven in the Phoebe and Her Unicorn series!

Phoebe and Her Unicorn is the story of an unlikely friendship. Phoebe is a precocious child and Marigold is an arrogant unicorn, but their paths happily cross in the woods one day, and nothing will ever be the same again. This is a comic about childhood, friendship, magic, and humor.

In this installment, Phoebe decides to start the school year off right by offering a peace treaty to frenemy Dakota, Marigold Heavenly Nostrils becomes the unlikeliest of babysitters, and Phoebe is totally surprised to find out that her Secret Santa isn't Dakota or Max!