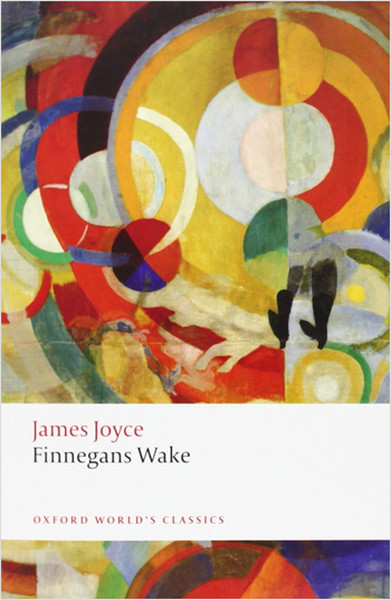 'And low, stole o'er the stillness the heartbeats of sleep'

In Chapelizod, a suburb of Dublin, an innkeeper and his family are sleeping. Around them and their dreams there swirls a vortex of world history, of ambition and failure, desire and transgression, pride and shame, rivalry and conflict, gossip and mystery. This is a book that reinvents the novel and plays fantastic games with the language to tell the story of one man's fall and resurrection; in the intimate drama of Humphrey Chimpden Earwicker and his wife Anna Livia, the character of Ireland itself takes form. Joyce called time and the river and the mountains the real heroes of his book, and its organic structure and extraordinary musicality embody his vision. It is both an outrageous epic and a wildly inventive comedy that rewards its readers with never-ending layers of meaning.

In the introduction to this newly set edition, which faithfully maintains the original page layout, Finn Fordham guides the reader through the novel's complexity, and suggests a range of ways into the book.

About The Series: For over 100 years Oxford World's Classics has made available the widest range of literature from around the globe. Each affordable volume reflects Oxford's commitment to scholarship, providing the most accurate text plus a wealth of other valuable features, including expert introductions by leading authorities, helpful notes to clarify the text, up-to-date bibliographies for further study, and much more.