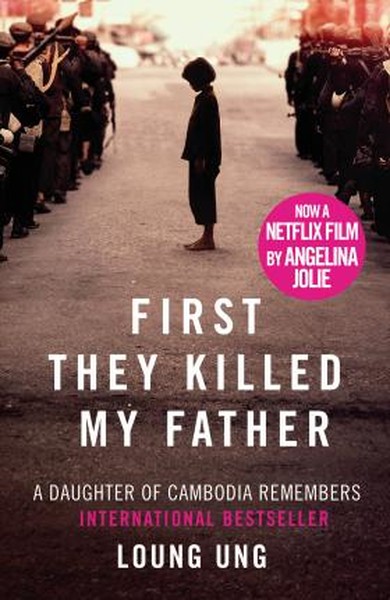 A major film, co-written and directed by Angelina Jolie

Until the age of five, Loung Ung lived in Phnom Penh, one of seven children of a high-ranking government official. She was a precocious child who loved the open city markets, fried crickets, chicken fights and being cheeky to her parents.

When Pol Pot's Khmer Rouge army stormed into Phnom Penh in April 1975, Loung's family fled their home and were eventually forced to disperse to survive. Loung was trained as a child soldier while her brothers and sisters were sent to labour camps. The surviving siblings were only finally reunited after the Vietnamese penetrated Cambodia and started to destroy the Khmer Rouge.

Bolstered by the bravery of one brother, the vision of the others and the gentle kindness of her sister, Loung forged on to create for herself a courageous new life.

First They Killed My Father is an unforgettable book told through the voice of the young and fearless Loung. It is a shocking and tragic tale of a girl who was determined to survive despite the odds.