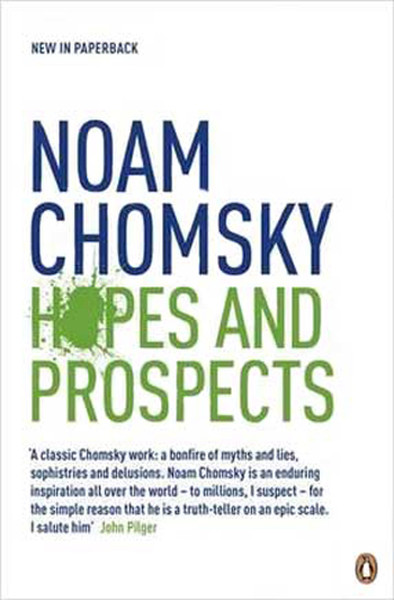 In this urgent new book, Noam Chomsky surveys the threats and prospects of our early twenty-first century. Exploring challenges such as the growing gap between North and South, American exceptionalism (even under Obama), the fiascos of Iraq and Afghanistan, the Israeli assault on Gaza and the recent financial bailouts, he also sees hope for the future and a way to move forward – in the so-called democratic wave in Latin America and in the global solidarity movements which suggest 'real progress towards freedom and justice'.


Hopes and Prospects is essential reading for anyone who is concerned about the primary challenges still facing the human race and is wondering where to find a ray of hope.