Imperialism: The Highest Stage of Capitalism

Imperialism: The Highest Stage of Capitalism 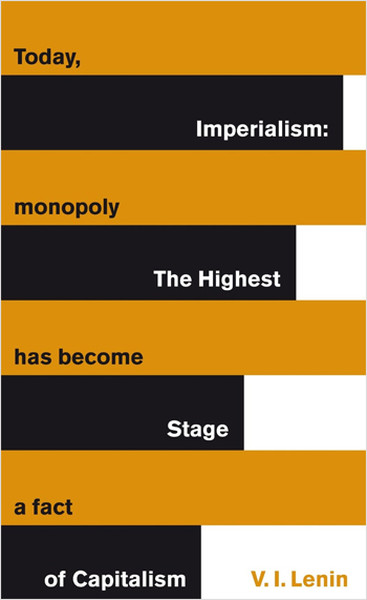 Vladimir Lenin created this hugely significant Marxist text to explain fully the inevitable flaws and destructive power of Capitalism: that it would lead unavoidably to imperialism, monopolies and colonialism. He prophesied that those third world countries used merely as capitalist labour would have no choice but to join the Communist revolution in Russia.

Great ideas. Throughout history, some books have changed the world. They have transformed the way we see ourselves - and each other. They have inspired debate, dissent, war and revolution. They have enlightened, outraged, provoked and comforted. They have enriched lives - and destroyed them. Now Penguin brings you the works of the great thinkers, pioneers, radicals and visionaries whose ideas shook civilization and helped make us who we are.