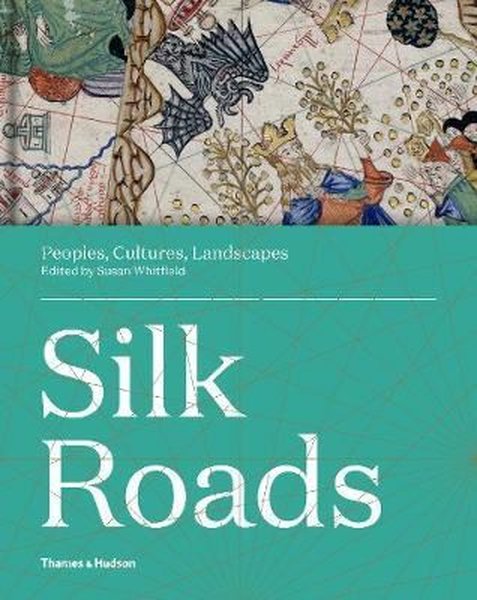 As world powers realign their cultural, economic and political outlooks, there is no better time to consider how Afro-Eurasia’s complex network of ancient trade routes – which spanned the vastness of the steppe, vertiginous mountain ranges, fertile river plains and forbidding deserts across the continents and on to the seas beyond – fostered economic activity and cultural, political and technological communication. From silk to slaves, fashion to music, religion to science the movement of interaction of goods, people and ideas was crucial to the flourishing of peoples and their cultures across this vast region.

Edited by Susan Whitfield, an established authority on the subject, with contributions from over 80 leading scholars from across the globe, Silk Roads situates the ancient routes against the landscapes that defined them, to reveal the raw materials that they produced, the means of travel that were employed to traverse them and the communities that were shaped by them. Organized by terrain, from steppe to desert to ocean, each section includes detailed maps, a historical overview, thematic essays and features showcasing art, buildings and archaeological discoveries. A wealth of photographs reveals the breathtaking and often forbidding landscapes encountered by travellers and traders through the millennia.

With one section inscribed