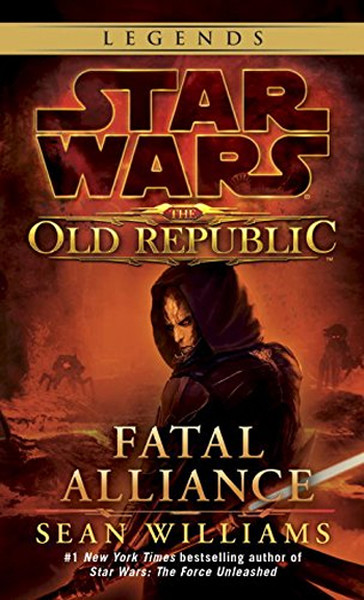 "When I look into you, I see no loyalty ... I sense only tangled allegiances. ... Given a choice, I would never trust you."

From across the galaxy they've come: agents of both the Republic and the Sith Empire, an investigating Jedi Padawan, an ex-trooper drummed out of the Republic's elite Blackstar Squad, and a mysterious Mandalorian. An extraordinary auction has drawn them all together-in quest of a prize only one can claim. Each is prepared to do what he must to possess the treasure, whose value may be the wealth of a world itself. None intend to leave empty-handed. All have secrets, desires, and schemes. And nothing could ever unite them as allies-except the truth about the deadly danger of the object they covet. But can Sith and Jedi, Republic and Empire-enemies for millennia-join as one against the certain doom of the galaxy?